2021 The State of Mental Health in America Report

the 7th year in a row, Mental Health America (MHA) released its annual State of Mental Health in America Report, which ranks all 50 states and the District of Columbia based on fifteen mental health and access measures for both adults and youth (ages 12-17). This year, Vermont moved to the No. 1 spot, ahead of Pennsylvania, and Nevada remained last at No. 51.

This year, the State of Mental Health in America report is accompanied by a spotlight examining the data from the over 1.5 million people who have come to take a screen from January to September 2020, to understand the impact of COVID-19 on mental health. As the pandemic relentlessly persists, we are seeing the highest levels of anxiety and depression reported since the pandemic hit the U.S. in March.

This is a troubling trend being fueled by loneliness and isolation. We are also seeing alarming numbers of children reporting thoughts of suicide and self-harm.

This publication was made possible by the generous support of Alkermes, Otsuka America Pharmaceutical Companies, and Takeda Lundbeck Alliance.

Explore the web-based report here or download the printable report. 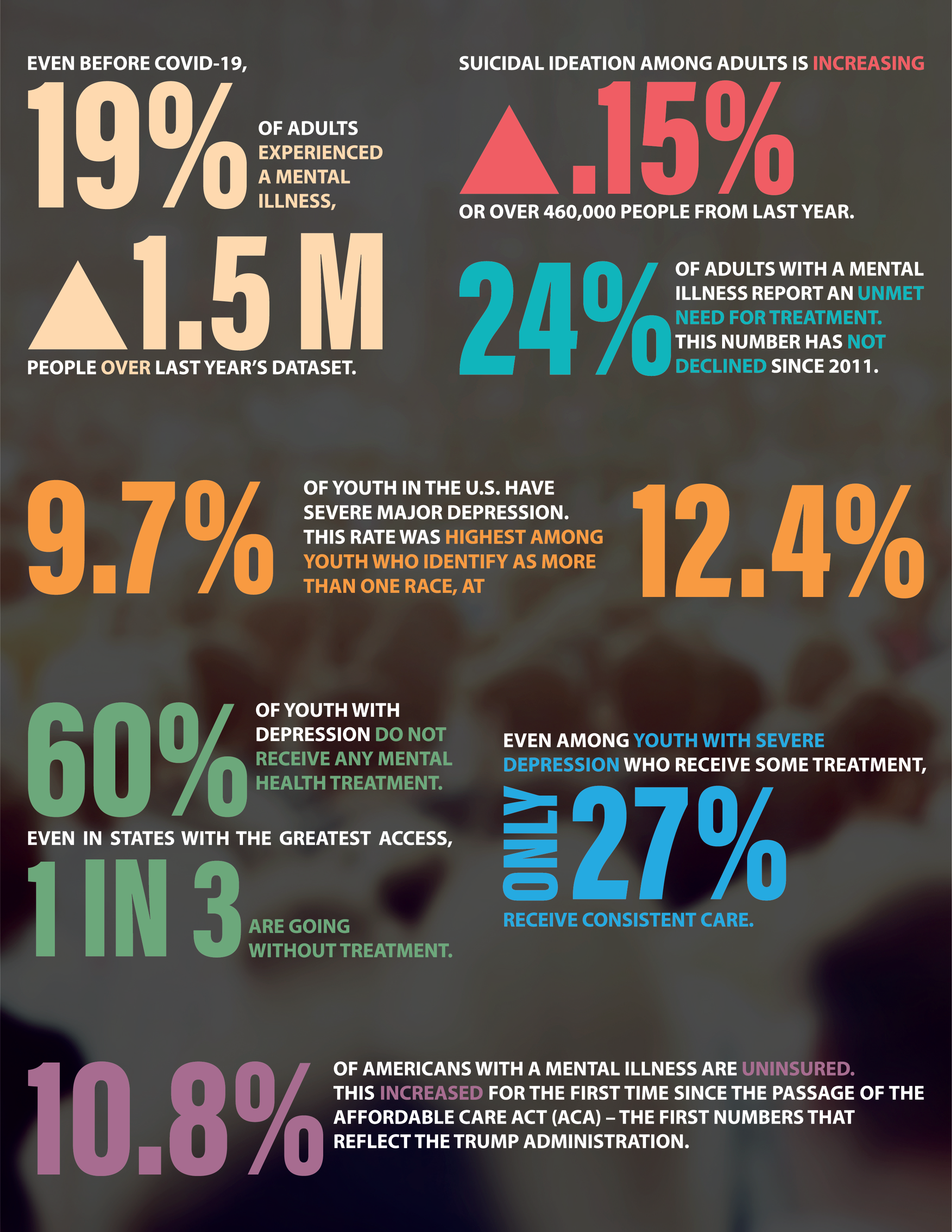 This year’s report includes a spotlight on the impact of COVID-19 on mental health, using the over 1.5 million people who have taken a screen on MHA Screening from January to September 2020. From these screens we have found:

Read more from the web-based report or download the printable report.

We had an amazing NAMI Walks in 2020 and are looking forward to seeing you again in 2021!